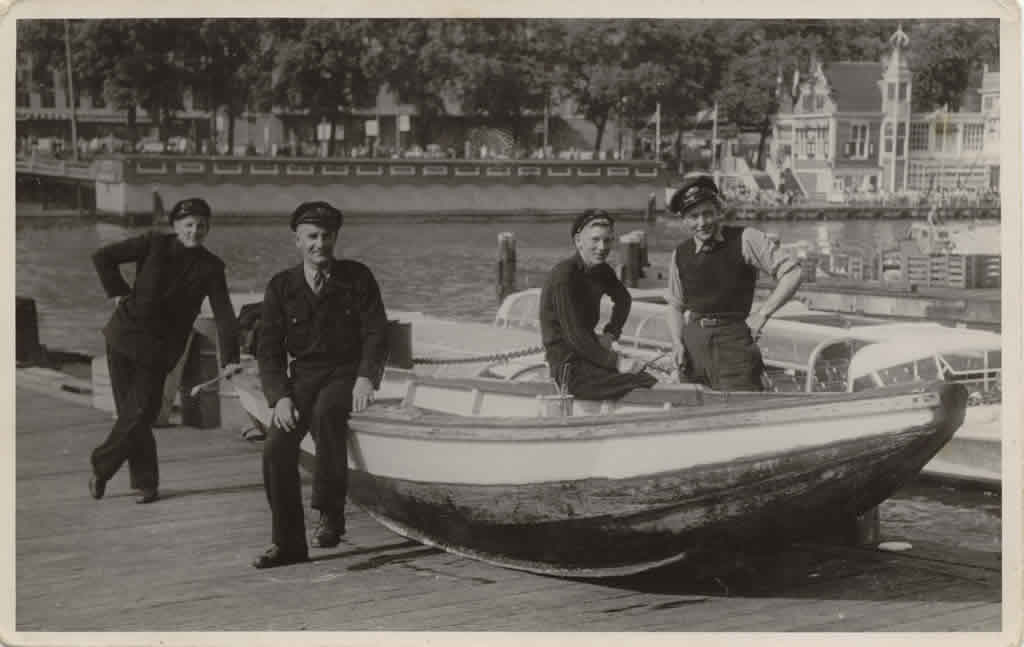 More than 90 years of nautical service

The history of 'De Koperen Ploeg'

Everywhere in the world, ships that arrive in port will need to be made fast to the shore. It is not practicable that the ship's crew should have to carry out these mooring or unmooring operations at quays or buoys.  Although they are familiar with their own ship, they are unfamiliar with local conditions. That is, since time immemorial, the reason for the existence of boatmen and linesmen all around the globe.

The completion of the North Sea Canal in 1876 was when boatmen first appeared in the IJmond region. In due course, four boatmen associations were active in the region. They were called ‘Visploeg’ (fish gang), ‘Gouden Ploeg’ (golden gang, working for former shipping company SMN that paid relatively well - hence the name), ‘Vriesploeg’ (working mainly for former shipping company KNSM) and ‘Koperen Ploeg’ (the copper gang, which traditionally performed the smaller jobs). The economic crisis in 1926 brought a cut-throat competition that eventually led to the decision to reorganise and operate under the name of 'De Koperen Ploeg’.  From a social point of view, the founding of ‘De Koperen Ploeg’ in 1926, with its articles of association and internal regulations, was an important event. This association of boatmen, with the already familiar name of 'De Koperen Ploeg’, converted into a well-founded cooperative that formed a better contact point for the municipal authorities and the port.

A few years later, in 1931, small groups of individual boatmen joined 'De Koperen Ploeg’. At that time, the activities not only included mooring and unmooring of seagoing ships, but also the supply of professional helmsman services to these ships.

Ships had to pass through the former Hembrug railway bridge, a famous obstacle at that time, which meant that precision work (centimetres) was required. In consultation with the municipal authorities and ‘Scheep Vaartvereniging Noord’, the port employers' association, in 1965, it was decided to do away with the combined function of boatman-helmsman. Our boatmen have used rowing boats up to the time when they were sold to the Dutch Island of Texel in 1965.

Another important event in 1965 was the decision to move the headquarters of ‘De Koperen Ploeg’ to jetty no. 8, behind the Amsterdam Central Station. From there the company moved to ‘Westerhoofd’ in the Coenhaven in 1975. We have been located at Capriweg in the Westhaven since 19 June 1998. 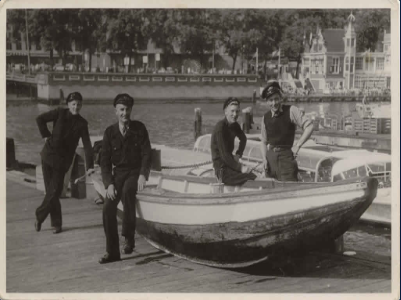 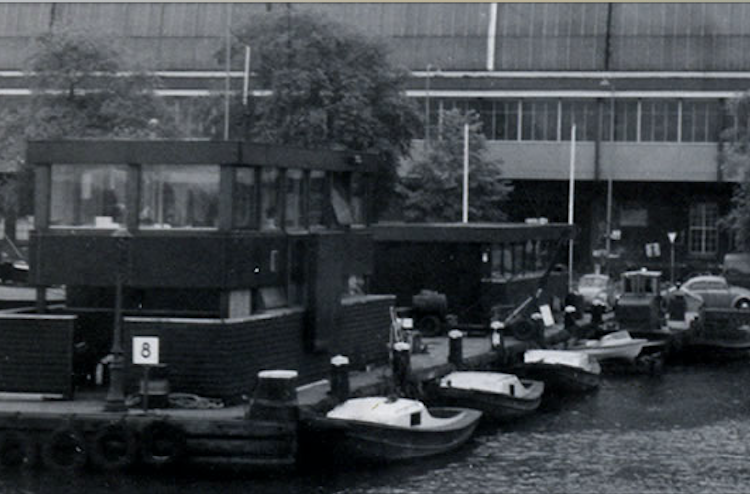 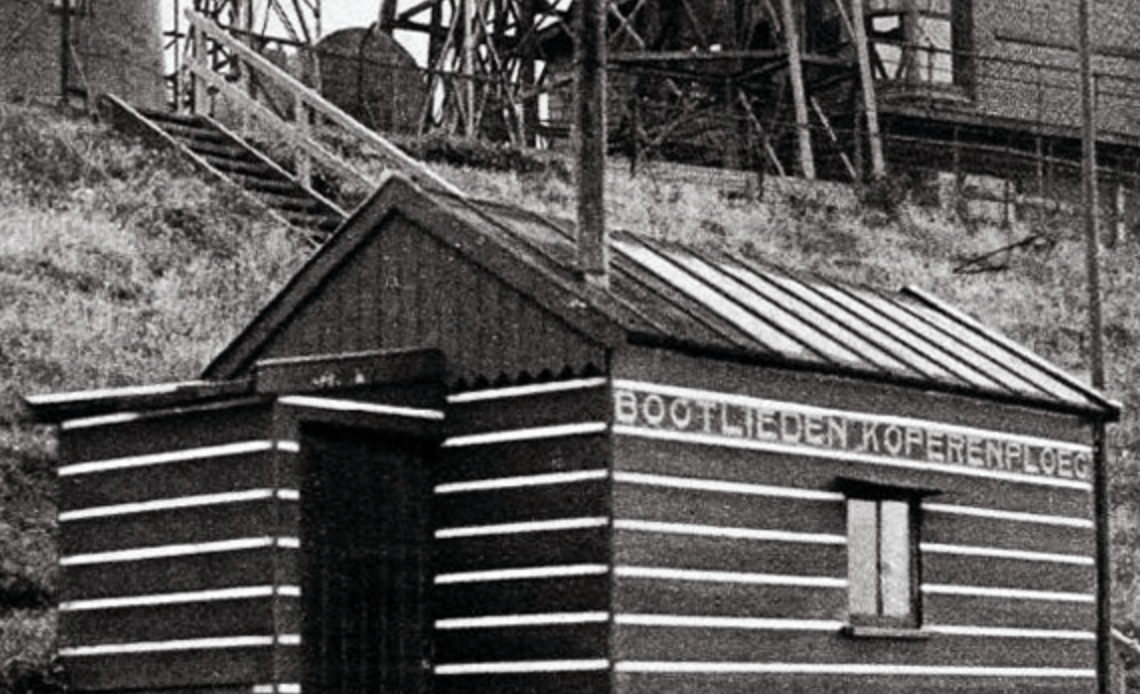 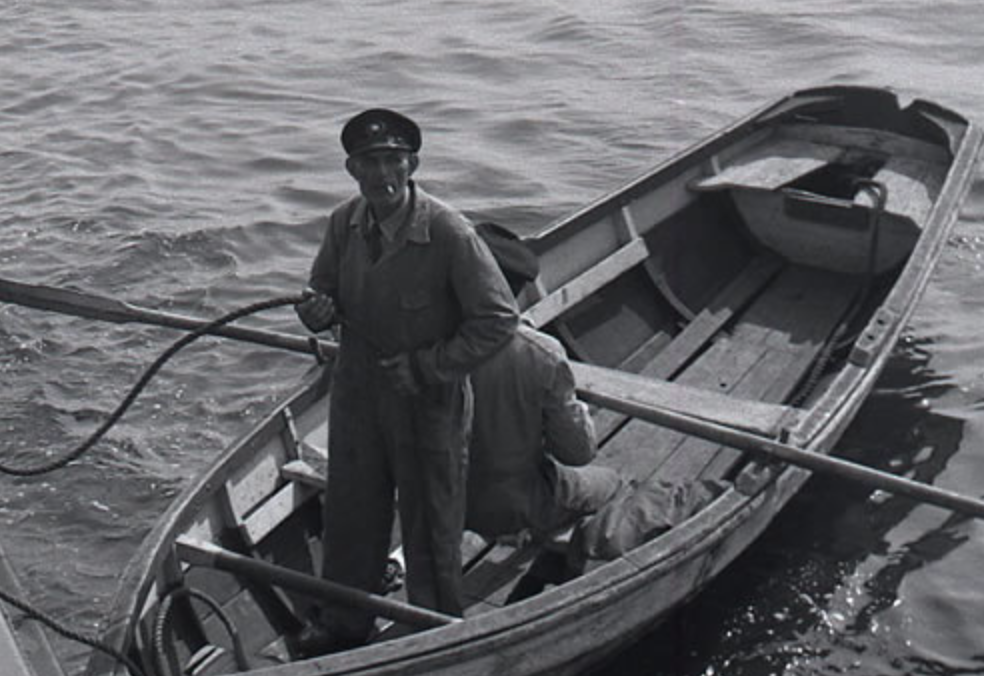 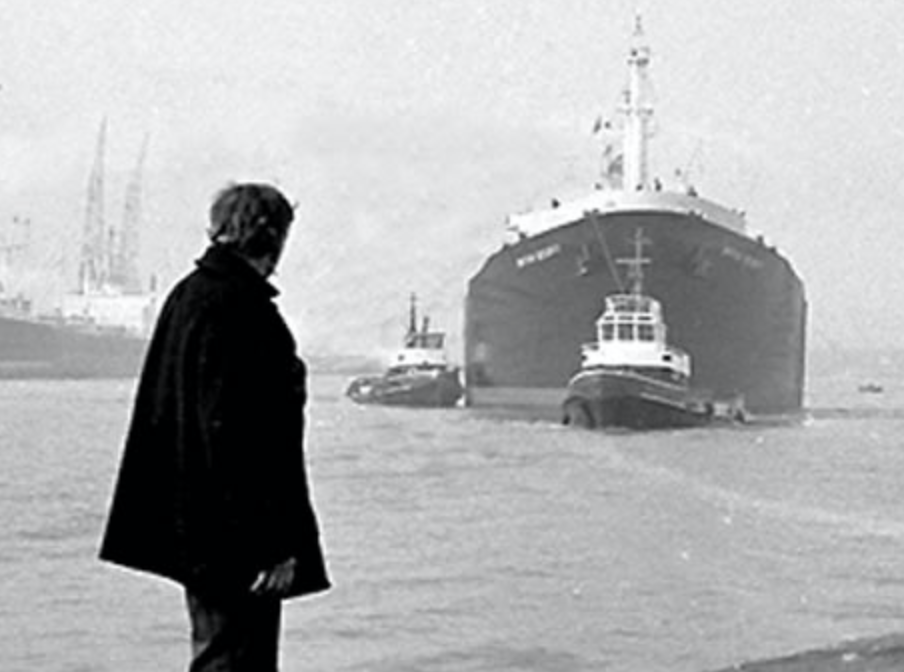 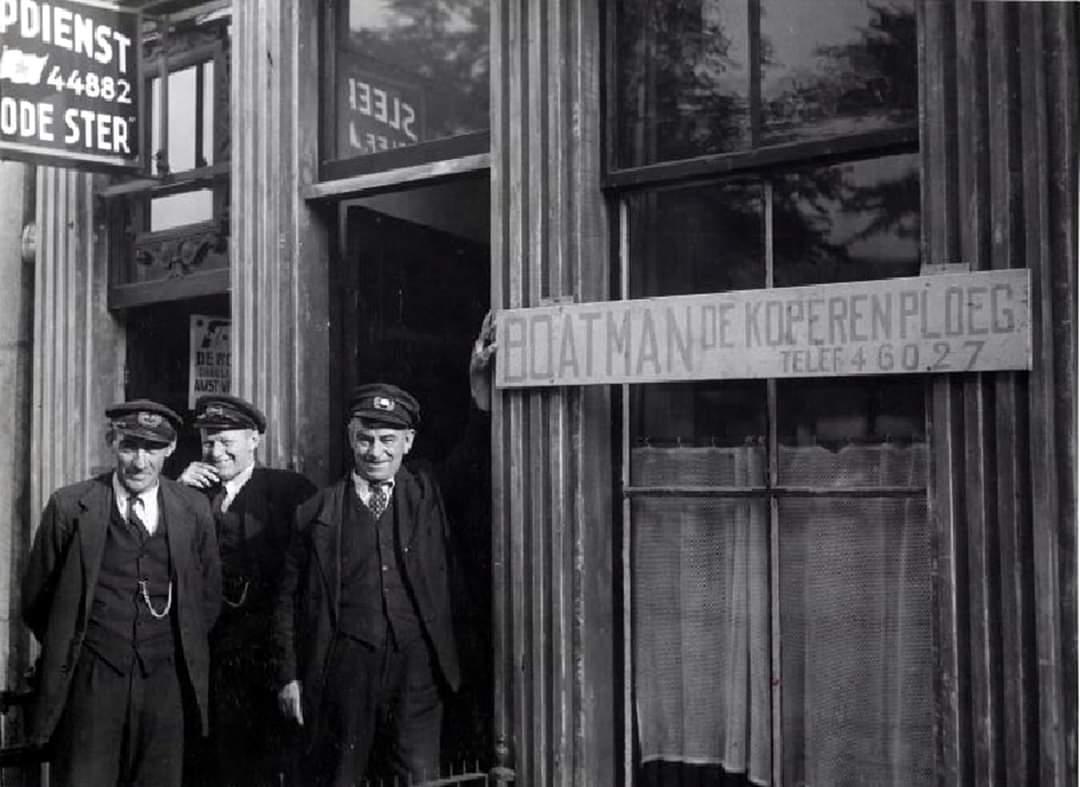 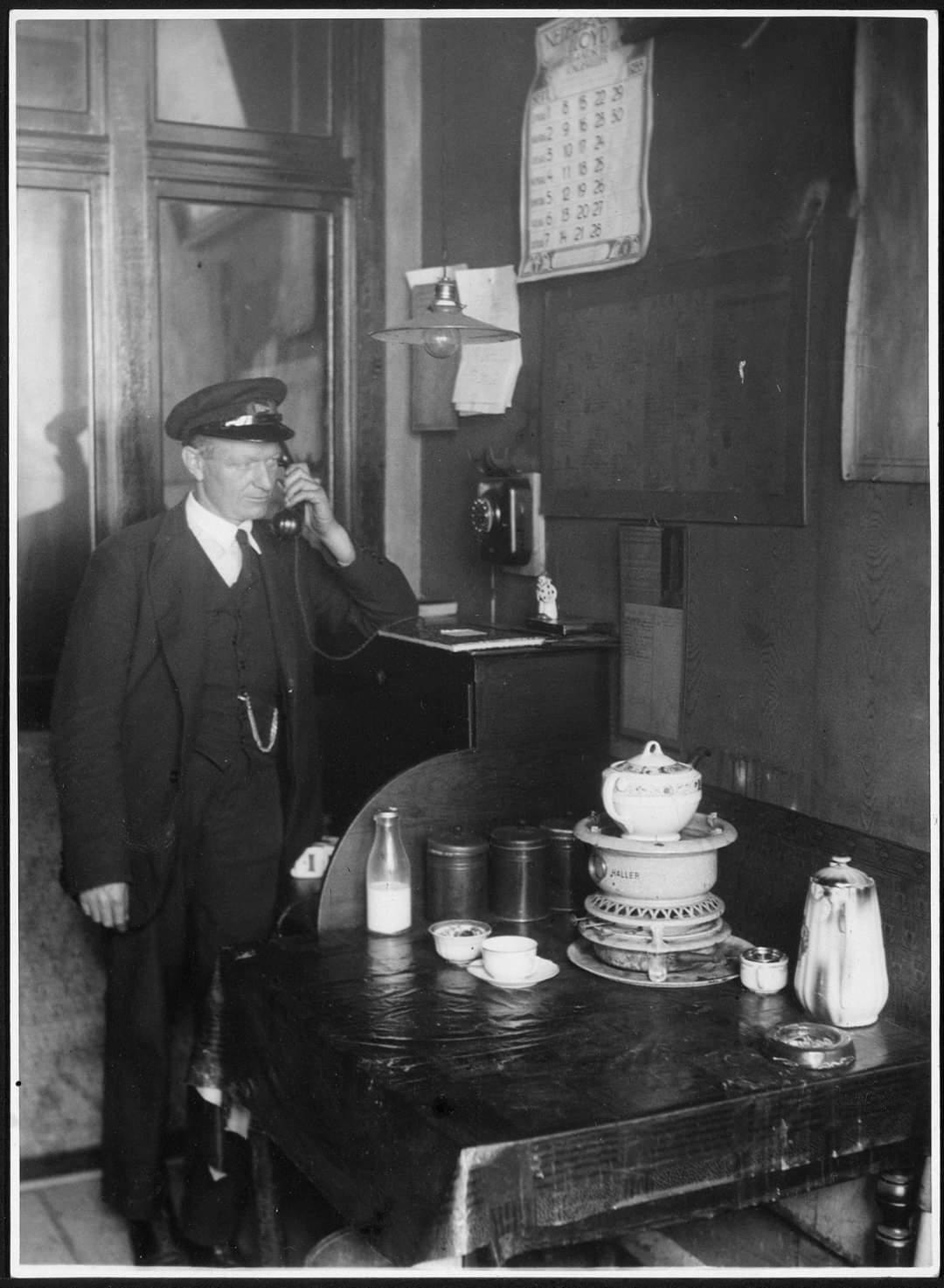 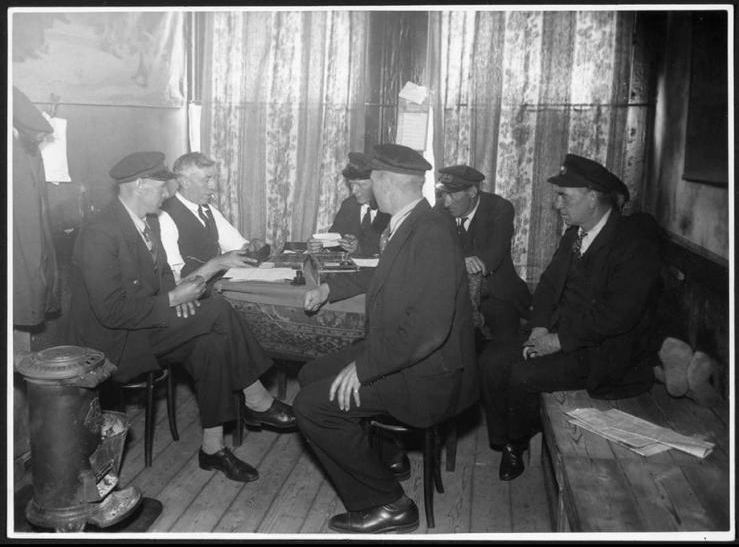 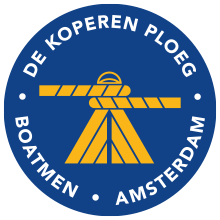 De Koperen Ploeg is a boatmen association
based in the Western harbour area in Amsterdam, The Netherlands.